(2) early July 2019 interviewed by Marilyn Todman on her Preach the Word show for “Letters from Jesus 2019, Vol. I Grace and Gratitude” (published on Amazon end June) – shared currently on Charol’s audio podcast (podcastmessengerofthedivine.com), part of Charol’s new series “The Jesus Chronicles,” including “Letters from Jesus 2019, Vol. II Return of All the Saints,” published on Amazon end 2019, plus more in development. The podcasts are also showing up on my Amazon Author Central page! 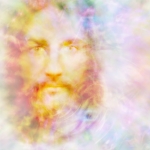 The Messenger Books began with Charol’s spontaneous mystical awakening to cosmic consciousness in 1975. She has reached an additional 67,000 individuals through her Spiritual Mentoring personal sessions as a Higher Self clairvoyant-empath-intuitive. (messengerofthedivine.org, charolmessenger.com). Her B.A. is in English, world religions, and philosophy. She lives in Colorado.

I first talked to God when I was three years old, in my backyard, speaking up to the heavens. I remember a sunny day with clouds. November 2, 1975 at 2:00 a.m., Charol Messenger was shaken out of her mundane life during a sudden life-changing mystical event. After a harrowing week, turning to prayer for help, she fell into a deep slumber, in which she saw angels surrounding her amidst a heavenly glow, heard their chorus of song outside the Gates of Heaven, and felt the presence of Archangel Michael overlighting her. Throughout the night, revelations came in waves to Charol about humanity's future and she saw the potential and true hearts of all humanity. The next day she began writing. January 13, 2019 3:30 a.m., Charol was wakened by an inner nudging and went to her meditation room. In the arm chair, while she was deep in the consciousness, Jesus began speaking to her the first Letter of many that he wishes to share with all humanity. Enveloped in his loving energy, feeling his grace and tenderness and inimitable Presence, she wrote down the words, and they were the first of many. www.awakeningkeys.com
View all posts by Charol Messenger, best-selling visionary author →
This entry was posted in #awardwinningnewagebooks, #awardwinningspiritualbooks, #higherselfteacher, divine intelligence, Futurist, Global social change, spirituality, visionary and tagged #JesusChrist, #TheNewHumanity, #TheNewHumans, awakening, consciousness, I AM, Jesus, Jesus Christ, messenger, new humanity, portrait of Jesus. Bookmark the permalink.

This site uses Akismet to reduce spam. Learn how your comment data is processed.